Currently in the US, we have 25% of the world's prisoners, but only 5% of the world's population. With over 2.3 million people incarcerated, we have the highest incarceration rate in the world. In "the land of the free" we imprison more people, both by raw numbers and per capita, than China, Russia, or Cuba. We give out harsh sentences, often for crimes that shouldn't be crimes, like cannabis offenses, and offer little in terms of rehabilitation for people who are incarcerated. We can do better. The Drug Policy Alliance, in coordination with Jay-Z, produced a short video on the topic, focused on the War on Drugs:

The War on Drugs

The quote from one of Richard Nixon's top policy advisors, John Ehrlichman, says it best:

"We knew we couldn’t make it illegal to be either against the war or black, but by getting the public to associate the hippies with marijuana and blacks with heroin, and then criminalizing both heavily, we could disrupt those communities. We could arrest their leaders, raid their homes, break up their meetings, and vilify them night after night on the evening news. Did we know we were lying about the drugs? Of course we did."

Nixon launched the War on Drugs for the express purpose of decimating the political strength of his political opponents. Since then, we've seen this system of mass incarceration grow into a massive political force, with privately owned prisons lobbying for more and more arrests to fill up their prisons. The US has had an increase in state and federal prison populations of more than 600% since the War on Drugs was declared in 1971. 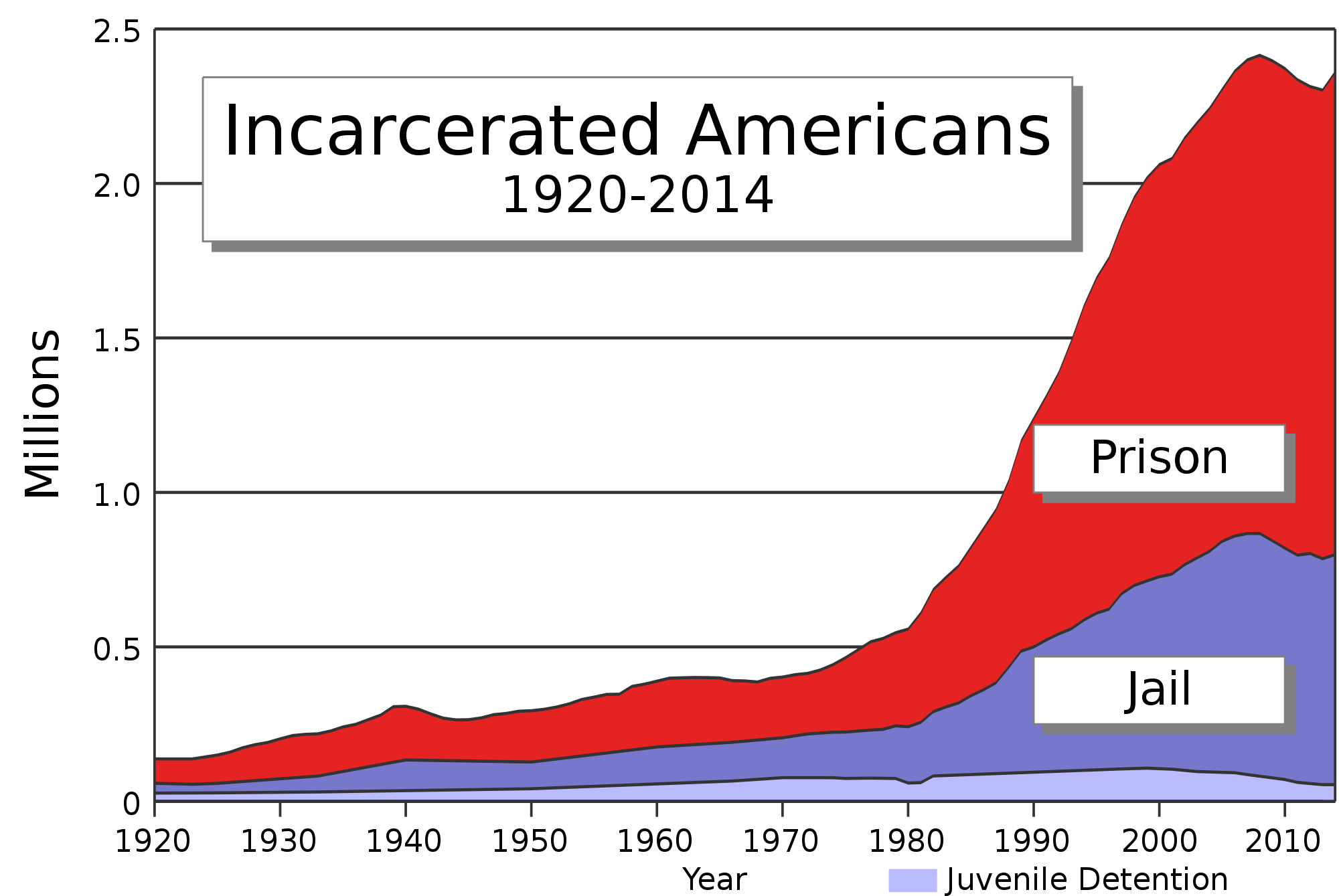 Part of the increase in our incarceration rate has been due to the US giving out increasingly harsh sentences. According to The Sentencing Project, one in nine people in prison is now serving a life sentence, nearly a third of whom are sentenced to life without parole. Mandatory minimum sentencing laws have forced courts to pursue unnecessarily harsh sentencing, typically for drug crimes. Truth in sentencing laws have required that offenders, typically drug offenders, serve the majority of their sentence, despite the data that shows this is ineffective at reducing crime.

The research on criminal behavior clearly shows that certainty of punishment is a larger deterrent than severity of punishment. Despite this data, we continue to hand out harsh sentences that serve to waste money, increase our incarceration rate, and disenfranchise hundreds of thousands of Americans.

The research doesn’t just show that long sentences are ineffective at reducing crime rates. The research shows that longer sentences increase the rate at which people released from prison commit recidivism. That is, the rate at which people reoffend or commit a new crime is increased by the length of the sentence, likely due to increased sentence length having an impact on how difficult it is to reintegrate into society.

Racial Disparities in Arrests and Punishments

Our entire legal system is incredibly racist, both in effect and in intention, from how police patrol neighborhoods to the sentences that are given out. The amount of evidence for this is absolutely overwhelming. Some ways in which the US system of mass incarceration actively discriminates against black and brown people include:

Even with all of this evidence, we’re just scratching the surface of how racially biased our policing and incarceration system is. We recommend you read The New Jim Crow by Michelle Alexander if you are interested in more information.

How Expungement Fits Into This

Expungement can't solve all of this. However, it is a step in the right direction. Hundreds of thousands of people in the US have been given criminal records for things that never should have been illegal, and this pattern continues today. Our punishments are often too harsh, and our system fails to focus on rehabilitation and reintegration into society. Expungement is a tool to help people mitigate some of the damages of a criminal record. However, we truly need reforms to our system of mass incarceration. For more information on Repair Now's policy goals, see our policy page. We also are planning on expanding services into voting rights, for more information on that, see our page on CanIvote. Finally, the statistics we've shared here today only tell half the story. The other half is the lived experiences of the many people who have served time in prison, and continue to serve time in prison. For more information on our work to get those stories to the general public, see our page on advocacy.

If you want to donate to Repair Now's efforts, click here.